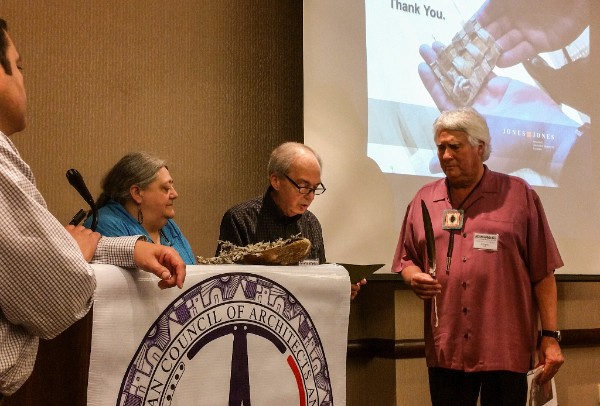 At the Annual AICAE meeting in Minneapolis (May 2015), the members of the AICAE honored one of our own, Johnpaul Jones, with a beaded Eagle Feather in recognition of services to Native Americans, the preservation of our cultures, arts, and especially for honoring the natural world and indigenous traditions in architecture, creating spaces worthy of the cultures they reflect, the communities they serve, and the environments they inhabit. He will uphold and protect the honor of possessing this symbol that has been bestowed on him by an Elder of the American Indian Council of Architects and Engineers and as an enrolled member of a Federally recognized tribe.

Shown in the photo above: